Send us your book proposal at: inquiries @ mimesisinternational.com 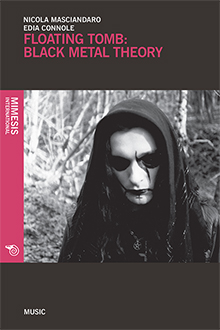 Floating Tomb: Black Metal Theory is a collaborative collection of writings in black metal theory (BMT), an amorphous ‘metallecutal’ movement initiated in 2009 with the symposium Hideous Gnosis. According to its earliest formulation, BMT seeks to creatively destroy the boundary between metal and theory, to make something new in the space of their shared negativity: ‘Not black metal. Not theory. Not not black metal. Not not theory. Black metal theory. Theoretical blackening of metal. Metallic blackening of theory. Mutual blackening. Nigredo in the intoxological crucible of symposia’. This volume gathers together previously published and new work on BMT focusing on mysticism, a domain of thought and experience with deep connections both to the black metal genre and to theory (theoria, vision, contemplation). More than a topic for BMT, the mystical is here explored in terms of the continuous intersection of black metal and theory, the ‘floating tomb’ wherein metal is elevated into the intellectual and visionary experience that it already is.

Nicola Masciandaro is Professor of English at Brooklyn College (CUNY) and a specialist in medieval literature. His interests lie primarily in the areas of mysticism, commentary, metal, and poetic experiment. He is the author of The Voice of the Hammer: The Meaning of Work in Middle English Literature (Notre Dame, 2007) and is the founding editor of the journal Glossator: Practice and Theory of the Commentary. Recent works include Dark Nights of the Universe, co-authored with Daniel C. Barber, Alexander Galloway, Eugene Thacker (NAME, 2013), and Sufficient Unto the Day: Sermones Contra Solicitudinem (Schism, 2014).

Chiasmi International 16The gift in the heart of language. The maternal source of meaning